Italian desserts to complement your meal

When it comes to dessert, gelato may seem like the obvious choice to add to your offering — but given the rich heritage of Italian cuisine, there’s a myriad of dessert concoctions that are sure to delight your customers’ tastebuds.

ITALIAN STYLE food often forms the bulk of the menu of a pizza restaurant, with plenty of pasta dishes alongside the pizza plus well-known mains like parmigiana. When it comes to dessert, gelato may seem like the obvious choice to add to your offering — but given the rich heritage of Italian cuisine, there’s a myriad of dessert concoctions that are sure to delight your customers’ tastebuds. Here we detail some of the most popular and best-known.

Cannoli (singular is cannolo) are tube-shaped shells of fried pastry containing sweet, cream filling and highly regarded for both their eyecatching presentation and delicate taste. They can be made in a variety of sizes from finger-long to fist-sized, but are most commonly found here in a size midway between the two extremes.

Like much of Italy’s most famous cuisine, Cannoli come from Sicily and may have originated with the Arabs during their occupation of the island.

Cannoli are typically filled with Ricotta or Mascarpone, custard or cream flavoured with vanilla, orange flower water or cinnamon along with chopped pistachios, chocolate and fruit peel. Strawberries and blueberries are often used as toppings to finish off the presentation.

Traditional Cassata is a sponge cake moistened with liqueur or fruit juice and layered with Ricotta, candied fruit peel, and vanilla or chocolate filling. Marzipan icing is then applied on the outside typically in pink and green colours. Citrus fruit slices and cherries are set on top to finish off. Like Cannoli, it hails from Sicily and is believed to be of Arabic origin.

The Cassata cake has also inspired a style of gelato with the same name, usually designed so as to evoke the cake’s appearance and flavour profile.

Crostata (from the Latin for ‘encrusted’) is a baked open-fruit pie or tart which appears in cookbooks from as long ago as the 15th century. It typically consists of a fried dough base made with shortcrust pastry, topped with a chunky preserved fruit filling which is deliberately not of smooth consistency. Peaches, apricots, cherries and berries are among the commonly used fillings. Variations include Crostata di Frutta, filled with pastry cream and topped with fresh fruit, and Crostata di Ricotta, made with Ricotta mixed with sugar, lemon zest, fruit and cocoa.

Crostata is not only a dessert dish as there are savoury versions as well which use meat, fish or vegetables as the filling.

Now a commonplace sight in supermarkets across the nation in the weeks leading up to Christmas, traditional Milanese Panettone is a sweet bread usually containing candied fruits and raisins which is a festive season favourite in Italian households.

Panettone comes in a distinctive cupola shape and usually stands around 15cm high and weighs around 1kg.

It is made to a traditional recipe in which the acidic dough is proofed over several days, which gives the Panettone its distinctively light and fluffy texture. Panettone typically contains candied orange, lemon zest, raisins and sometimes chocolate.

Panettone grew in popularity due to the efforts of two competing Milanese bakers in the early part of the 20th century who adapted the traditional recipe to create the modern light and fluffy Panettone we know today. By the 1950s it was Italy’s most popular Christmas dessert. Today some 117 million Panettone are produced each Christmas.

A traditional Italian fruitcake made with nuts, honey, sugar and spices, Panforte’s origins can be traced back to 13th century Tuscany. It is made by mixing fruits, nuts and spices with flour, adding sugar and honey and baking the concoction in a pan. When cooked, Panforte is traditionally dusted with icing sugar prior to serving.

There are many competing Panforte recipes used by bakers across Italy, with the recipes being closely guarded secrets.

Panforte is typically served with coffee or dessert wine at the conclusion of a meal.

Originally a mixture of cream, egg white and honey that was oven-baked in a bain marie, Panna Cotta is today often made with gelatine and sugar. Originating in Piedmont, it is popular right across Italy and often served with fruit coulis, berries and chocolate or caramel sauce.

Panna Cotta is similar to custard and is commonly flavoured with vanilla and served chilled with fruit topping or coulis.

Semifreddo is not just one dessert, but the Italian term (it means ‘half cold’) for a whole range of semi-frozen desserts such as fruit tarts, custards and ice cream cakes. Usually made from ice cream (or gelato in Italy) and whipped cream in equal portions, it has a similar texture to mousse.

Italian ice cream with different coloured and flavoured layers with a layer of fruit and nuts separating each, Spumone often also includes whipped cream. The ice cream flavours are typically chocolate, vanilla, pistachio and cherry and cherries predominate in the fruit and nut mixture.

The traditional colour scheme is red or pink, green and brown — approximating the colours of the Italian flag. In this regard Spumone can be seen as the forerunner of the well known Neapolitan ice cream whose flavours today are chocolate, vanilla and strawberry but were originally pistachio, vanilla and cherry.

This cake with the exotic name (it means ‘pick me up’ in Italian) is made by soaking ladyfinger biscuits in coffee, then layering them with a mixture of eggs, sugar and Mascarpone flavoured with cocoa. The basic recipe has been adapted into a range of different cakes and desserts, but it appears the original Tiramisu came from a restaurant called Le Beccherie in Treviso, Italy in the 1960s.

Tiramisu is often made in a rectangular or square pan, or as a dessert served in round glasses, often with the addition of whipped cream and whipped egg mixed with Mascarpone to make it lighter and foamier. It is also often flavoured with alcoholic liqueurs such as Marsala, Madeira, Irish Cream, Tia Maria or Kahlua.

These are two names for the same Italian dessert, made with egg yolks, sugar and sweet wine (typically Marsala). It can also be served as a beverage, made from the same basic ingredients.

The traditional recipe utilises raw egg yolks but it can also be made with custard cooked in a bain marie and finished with whipped cream or beaten egg white. It is often served in a parfait glass with the addition of fresh berries.

Despite its name which translates as English Soup, this is actually a custard-based dessert similar to trifle. Hailing from the Emilia-Romagna region of Italy, Zuppa Inglese recipes can be traced back to the late 19th century.

Similarly to Tiramisu, Zuppa Inglese is made using ladyfinger biscuits (or sponge cakes) but this time they are dipped in an Italian herb liqueur called Alchermes. The biscuits are layered alternately with layers of crema pasticcera (egg custard) that has been cooked with lemon zest to impart a citrus flavour. Dark chocolate is also sometimes added during the process.

Zuppa Inglese is usually served topped with cream, meringue or almonds and has inspired a gelato flavour with similar taste. 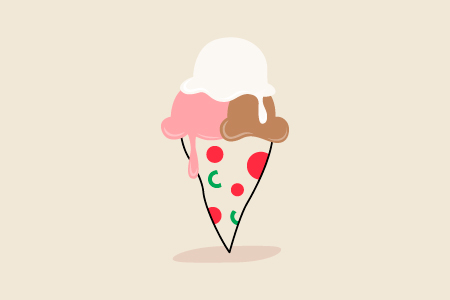 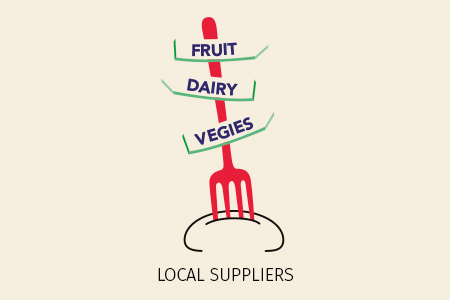 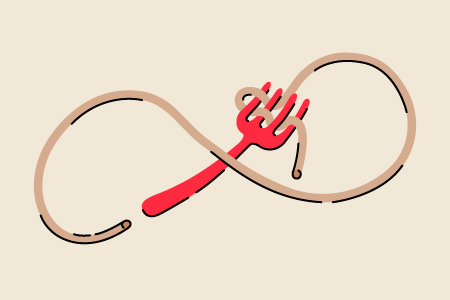 Keep your costs down by minimising food waste